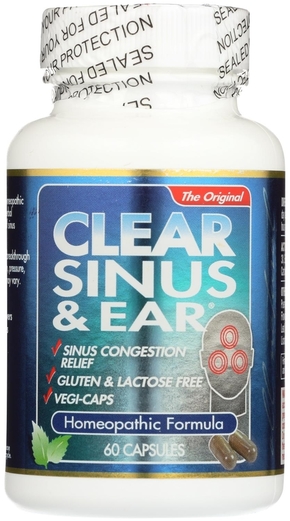 Ear health products promote hearing wellness. These nutrients and practices often stem from time-honored botanical sources that are popular for their:

What is Ear Health?

The essential components of the auditory system, ears are the organs that register sound and also aid in maintaining balance. The readily visible part of the ear, called the auricle or pinna, directs sound to the ear canal and then the eardrum, which turns sound waves into vibrations. Inside the eardrum's membrane is the air-filled middle ear, which leads to the inner ear and its cochlea, the spiral-like cavity that receives the vibrations. The tiny hair cells of the cochlea then convey information to the auditory nerve, allowing the brain to process and interpret sound.**

A number of ear health concerns can develop over time, particularly in older adults, affecting hearing ability and ear comfort. Prevalent among these are:

One of the most popular methods of addressing earwax buildup is ear candling. This practice, which is believed to date back thousands of years, was purportedly utilized by various ancient civilizations and involves using a long hollow beeswax candle to encourage earwax removal. While one theory posits that the procedure creates a vacuum that draws out the impacted wax, another suggests that the warmth of the candle softens it for easier natural removal.**

Ear candling, which necessitates assistance from a second person, involves inserting the tapered candle end into the ear gently in order to avoid damaging the ear canal. Though some lie down for the procedure, sitting upright is generally recommended. The candle should be angled at an upward tilt and lit, allowing the light heat and smoke to warm the ear while the ash is caught on a flameproof surface. Once the candle burns down to about four inches from the head, it may be taken out and extinguished. If there are any concerns that any beeswax from the candle has entered the ear, it can be flushed out with clean water.**

Ear health products come from various sources, including traditionally used botanicals. Plant-based supplements are often available as capsules or caplets. Candlesticks intended for ear candling are commonly made of cotton muslin and beeswax.**

Ear Health Product Directions for Use

Routine supplementation should not begin without seeking advice from a health care professional. Suggested doses for ear health supplements have not been established. Capsules and caplets are often around 500-600 mg.**