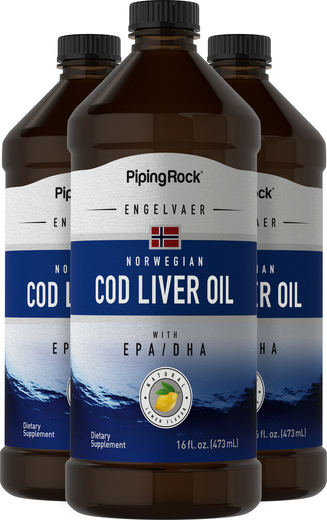 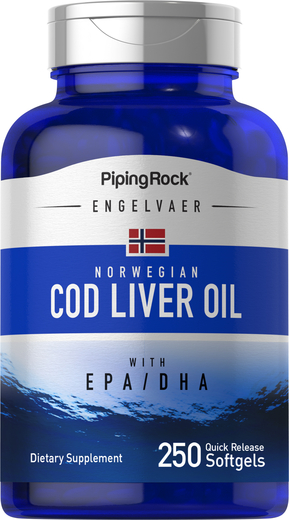 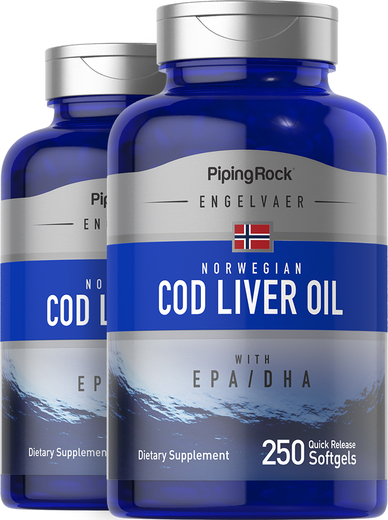 Cod Liver Oil supplies necessary omega-3 fatty acids and vitamins A and D. Cod Liver Oil has been known for its aid in the optimization of immune system performance.** Additionally, Cod Liver Oil:

What is Cod Liver Oil?

Cod liver oil is derived from the livers of codfish. Found in both the Atlantic and Pacific Oceans, the fish has long been a dietary staple of many countries throughout the world. The oil itself has an extensive history of use in traditional health practices, with many people, particularly in the coastal towns of Europe, commonly advising adults and children alike to take the liquid in order to compensate for nutritional deficiencies that could affect overall well-being.**

Due to its potent combination of the essential fatty acids EPA (eicosapentaenoic acid) and DHA (docosahexaenoic acid) and vitamins A and D, cod liver oil has been researched for wellness attributes that cover a number of areas, including various forms of circulatory health. This extends to the oil’s support of overall cardiovascular function, including ideal blood lipid and normal blood pressure levels.**

Cod liver oil supplements are extracted from the liver of codfish and commonly available in liquid or softgel form. Since the oil is an acquired taste, the liquid is often offered in flavors such as orange, lemon or mint. Those wanting to avoid any unpleasant taste may opt for softgel capsules instead. For pure cod liver of the highest quality, supplements are often sourced from cod caught in deep, clean and cold waters, such as those off the coast of Norway near the remote island of Engelvaer.**

Cod Liver Oil Directions for Use

There is no established recommended cod liver oil dosage. In liquid form, it is commonly taken in daily doses of one teaspoon (1 tsp). As softgels, cod liver oil is often available in 1,000 mg (1 g) softgels.**