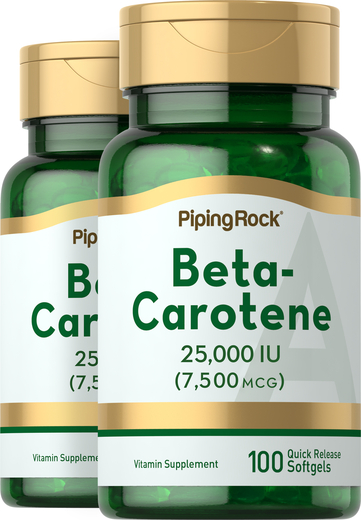 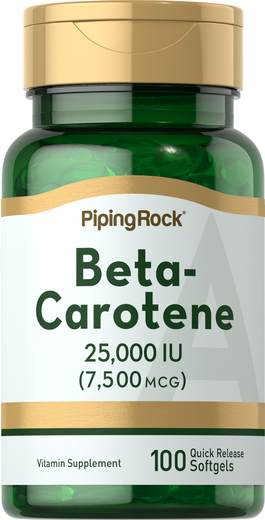 Beta-carotene is a carotenoid that converts to vitamin A. It supplies potent antioxidant activity, making it a popoular beautifying nutrient for skin and nails. Beta-carotene also:

This carotenoid is a natural fat-soluble pigment in the red, orange and yellow color range that acts as a potent antioxidant. The most well-known dietary source is carrots; in fact, beta-carotene got its name after a 19th century scientist was able to extract the compound from carrot roots. Other common dietary sources are pumpkins and sweet potatoes.

Known as a provitamin, along with alpha-carotene and gamma-carotene, it can become the active form of vitamin A in the body. What is commonly referred to as vitamin A is also called retinol and comes from animal food sources; beta-carotene is plant-based and is only converted to vitamin A as needed by an enzyme.

Due to its abundance of antioxidants, this carotenoid is highly valued for its ability to fight age-accelerating free radicals that cause cellular damage throughout the body. Its antioxidant activity appears to be especially beneficial to eye health. Beta-carotene is one of the antioxidants included in the National Eye Institute’s AREDS study supplement that has been shown to maintain macular health and vision performance. It has also been investigated for its potential to assist with night vision.**

Research has suggested that this orange pigment helps to maintain immune health. As a skin-supportive nutrient, it has been investigated for its ability to minimize the damaging effects of sun exposure. Skin serums and creams often include beta-carotene or carrot root essential oil to help promote youthful skin tone.**

Beta-carotene supplement products are generally derived from palm oil, fungi or algae or produced synthetically. Supplements are available in softgel or capsule form.

Beta-Carotene Directions for Use

Contact your health care professional prior to starting any regular supplementation program. There is no established beta-carotene dosage, but supplements are often presented in the range of 10,000 to 25,000 IU.**